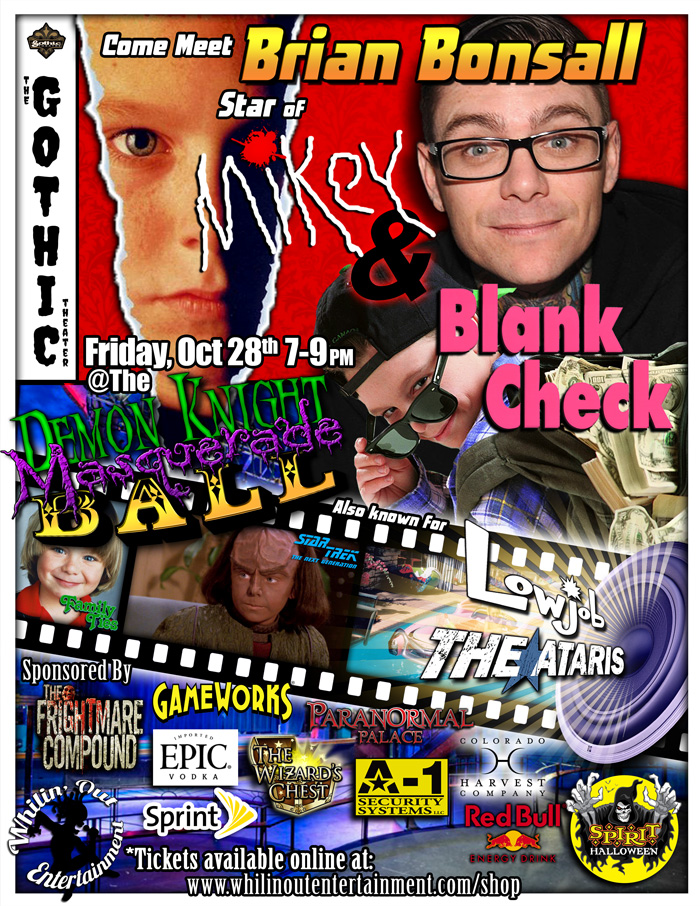 You might know our latest Demon best as Preston Waters, the kid who gets a BLANK CHECK and cashes in on a million dollars. We know him better as MIKEY, the psychopathic child who’s just looking to be accepted and is willing to kill to get it!

Brian Bonsall spent 20 years on the screen and starred in such films as Blank Check, Father Hood, and Mikey, and such television shows as Family Ties and Star Trek: The Next Generation.

Since retiring from acting, he now resides right here in Colorado and has become a talented musician appearing in such bands as Bootjack & Bonz, Lowjob, and most recently Gold recording artists, The Ataris

Brian joins The Demon Knight Masquerade Ball, and will be there from 7-9 for the autograph, and photo session.

Brought to you by Whilin’ Out Entertainment